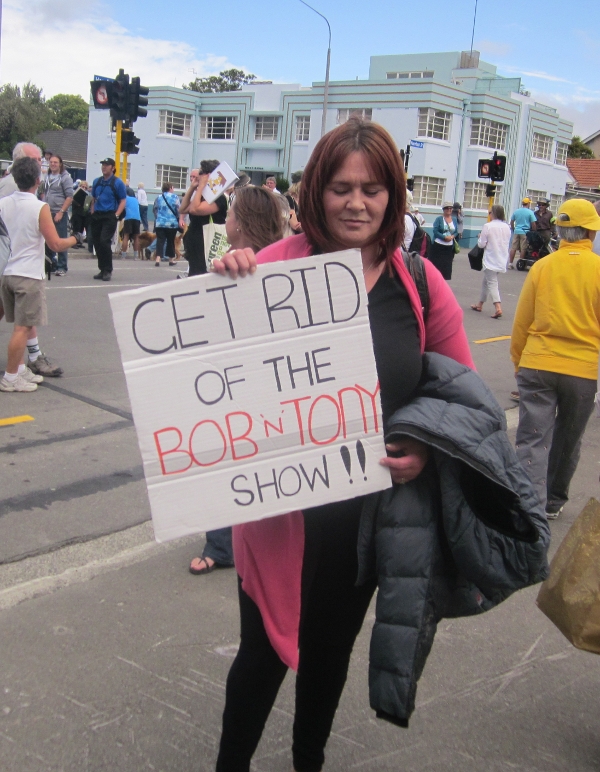 Approximately 2,000 people turned out to protest at the Christchurch City Council offices today, angry at a $68,000 pay rise for City Council CEO Tony Marryatt, taking his annual salary to over half a million (Christchurch average wage, $47,000pa). After enormous pressure from the public Marryatt has turned down the pay rise, after initially accepting it, but the protest incorporated a number of issues relating to democracy and transparency in local government.

One Reply to “Thousands Protest against Chch City Council”