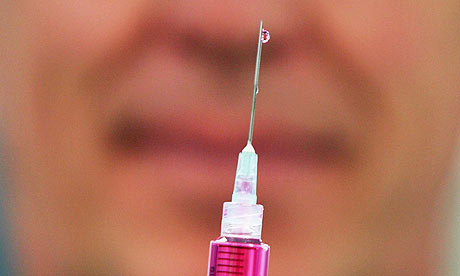 
Within any discussion of modern day sport, the question of drugs comes up repeatedly. It is difficult to really get beyond the initial discussion: for, against, or on-the-fence, in regards to either the problem or the solution.
The reality is that since ancient times, strategies and theories have been developed in order to get an edge. While using magic mushrooms or whisky as performance enhancing aids might seem comical to the modern reader, they form part of a process that has led to academic Tony Schirato to describe as “…replacing this [pre-modern sport with] a level of professionalism, specialization, bureaucratization, and secularism never before seen in sport”.[2]Like every other part of human existence, capitalism has fundamentally changed the way we see organised sport.

Why the discussion concerning drug taking in sport? The reason behind this is the pursuit of victory, of winning and the lengths people will go, the damage they will endure to ‘win’. The question of the appropriateness of modern organised sport is a topic in its own right, but is also intertwined to an extent with this discussion. But nonetheless the quest for an advantage (the top 2 inches) has become heightened with the growing value and pressure now associated with professional sport.
Popular socialist sports writer Dave Zirin has said that:

[The] fault… lies with a system that both elevates and debases sporting superstars, turning them into something not quite human. Star athletes have become corporations with legs: branded with logos and slogans, and supporting an entire apparatus of advisers and hangers-on. Jones became a one-woman multinational corporation after her 2000 Olympic triumph: the feet of Nike, the face of Oakley Sunglasses, the wrist of TAG Heuer watches.[3]

He has also drawn attention to sportspeople individually taking the responsibility and the risk involved in taking performance enhancing drugs, with the various corporate entities profiting immensely off their achievements and taking little or no responsibility for the consequences when things go wrong.
The reality is that whether it is admitted or not. Technology in the form of performance enhancing drugs or equipment drives the pursuit of victory. Whether it is in the form of new swimsuits, golf clubs or undetectable performance boosting supplements.


On the question of fairness. It is difficult to single out drugs from a wide variety of technologies that supplement and enhance the performance of athletes. Caffeine was only recently taken of the International Olympic Committee’s drug list. The reality is that over the last 40 years the development of athletes has become much more standardised. With many being spotted and ‘developed’ in their teens.
The status quo will continue while the owners, those who profit from the displays of excellence without having the inconvenience of the long-term consequences, continue on. The sanctimonious hypocrisy of cycling and NFL (American Football) bosses decrying drugs and drug taking, while paying lip-service to the serious danger of brain stemming from concussions or the turning of blind eyes (sometimes even directly being involved) in the development of drug culture, displays a careless attitude to human life. With professional sport being seen as relatively meritocritous method of escaping poverty, there’ll always be a queue of naive sportspeople, desperate for their time in the sun. While there’s money to be made and little consequences, these people will continue to be chewed up and spat out for ‘our’ entertainment.

3 Replies to “Drugs in Organised Sport”